Ceci published her first paper Modulation of humor ratings of bad jokes by other people’s laughter in Current Biology in July 2019.

By adding laughter in front of bad ‘Dad’ jokes, the jokes were perceived to be funnier. And the kind of laughter had a further effect on the funniness of the jokes. Spontaneous ‘real’ laughs made jokes even funnier than adding posed ‘fake’ laughter. Also, we found the same modulation of funniness by laughter in autistic adults.

This paper received a high amount of media attention. 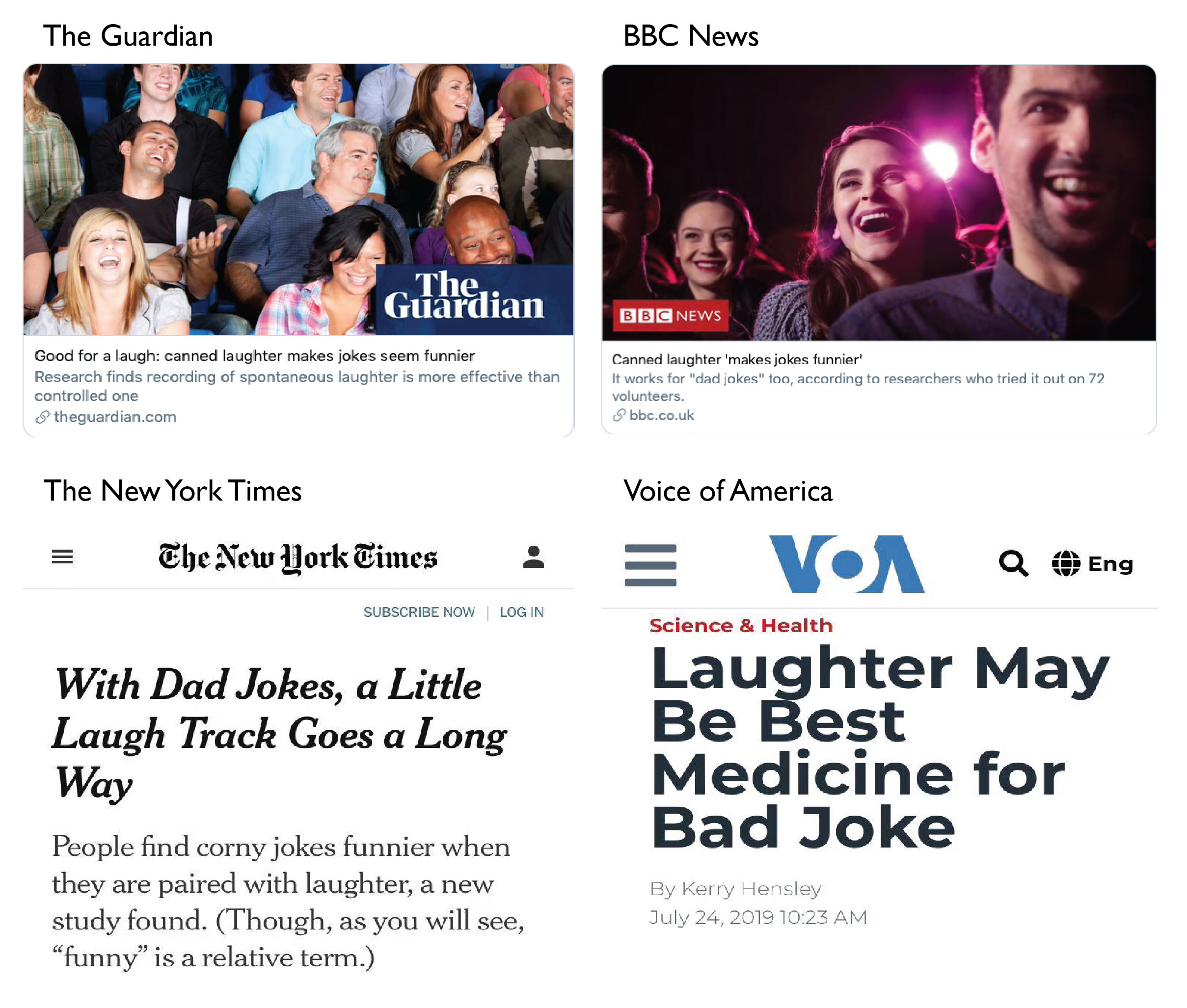 Read more about this paper and about Ceci in a report from the Cognitive Neuroscience Society (CNS).